Wetsuit Centre is a large e-commerce site and one of the UK’s larger distributors of wetsuits and other surf equipment including boards, accessories and apparel. They came to us in the spring of 2020 from another agency looking to correct onsite SEO and Google indexing issues to achieve top 2 ranking positions for the majority of their generic and category keywords.

After a thorough audit, we were able to quickly identify the indexing issues which were fixed by rewriting the robots.txt file and creating a new sitemap structure. We supported this with 301 redirects to ensure the site structure showed correctly when being crawled.

Working closely with Wetsuit Centre’s web development team, we were able to ensure a smooth transition during the migration. We did this by running several extensive audits on the staging site, allowing us to correct many onsite SEO issues before going live. Particularly paying close attention to any potential changes in URL structure meant that we were able to avoid a large list of 404 errors, thus maintaining the sites structure and useability.

To ensure the site remained strong against competitors, we implemented an outreach programme in order to build a more significant linking structure from authoritative and relevant sites.  We have a team of extremely talented writers in house and we were able to select the best-suited writer to head up the content. Our writer, Amy, an accomplished surfer herself, used her already extensive knowledge and ability to further research important topics for both SEO and user experience meant that we were able to write informed content that the client and their followers were happy with.

The first challenge was to understand why key pages were not being indexed by Google and therefore not ranking where they should in SERPs. Other areas of the website also had issues with being crawled too heavily and crashing the server. In the medium term, the site also needed migrating from Magento 1 to Magento 2 ,for such a large site with a lot of proucts and traffic, this needed to be done as effectively as possible to avoid any significant losses in rankings.

Wetsuit Centre also competes with some huge websites that benefit from both authority and brand recognition such as Decathlon and Wetsuit Outlet for primary, short tail keywords.  Lastly, the surf community are knowledgeable and tight knit, we needed to ensure our content was well-informed and authoritative, while still maintaining a tone suitable for our audience.

In less than one year of the campaign, we have been able to stabilise a number of important, generic keywords, ranking at number 1 in Google for search terms such as ‘wetsuits’.  With an extensive content map and pillar structure in place, we are also beginning to build on existing content and improve the ranking for huge traffic driving pieces such as wetsuit reviews.  In addition to all of the SEO work, after the client feeling confident with our capabilities, we also took over the paid social and a large PPC campaign.

The PPC campaign was previously well managed with close attention to cost of sale, with our expert knowledge we have made tweaks to further improve the campaigns. By being reactive and keeping a close eye on trends, the cost of sale for paid social campaigns can be kept around 10%. 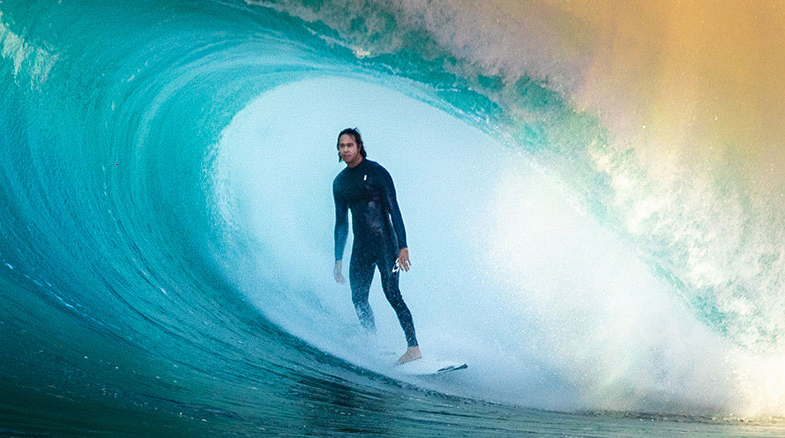 Make marketing work for you.

See our other portfolios